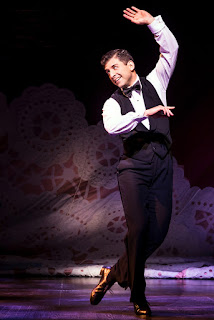 Prince of Broadway--A Rousing Salute to a Musical Theater Icon

The word “Prince” mentioned in the name of the new musical revue “Prince of Broadway”  at the Friedman Theater is director/producer Harold Prince and that word aptly describes him. Prince gave us a staggering amount of unforgettable musicals including “Phantom,” “ Cabaret,” “Evita,” “Fiddler” and the list simply goes on. Even those less familiar shows (about eight or so were flops) still were memorable for a varied amount of reasons.

The show directed by Prince and Susan Stroman (“The Producers”) who choreographed it, is basically a compilation and tribute to the genius of Prince for not only having the intuitiveness to direct such classic wonders but obtaining  some of the best songwriters in the business for his shows.

The musical is vastly entertaining thanks to an array of very talented performers. There is one slight caveat in casting but other than that the cast is terrific with two standout performances. 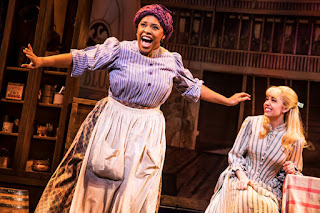 The overture with arrangements by Jason Robert Brown sets the stage for some glorious tunes and what makes the show work so very well is that almost every number aptly recreates scenes from the original show.

I vividly remember first seeing the brilliant dancer Tony Yazbek in the 2008 revival of “Gypsy” and being blown away by how much his movements in the “All I Need is the Girl” number reminded me of Gene Kelly. For me, I have never seen a better Tulsa than he.   Yazbeck was a standout in “On the Town” and in this musical  he nearly stops the show with his rendition of “The Right Girl” from “Follies.” While dancing did not figure in that number in any of the productions of “Follies,” Stroman has incorporated it here and Yazbek expresses his character’s near breakdown through dance and song. He also makes a perfect Tony along with the charming and gorgeous voiced Kaley Ann Voorhees as Maria in their duet “Tonight” from “West Side Story.”

While I never thought anyone could come close to the late Barbara Cook’s rendition of “Will He Like Me?” from “She Loves Me,” Laura Benanti certain did in the recent revival. And now with the liltingly lovely voice of Bryonha Marie Parham who does a beautifully ethereal presentation she  is up there with the previous two women. She then gives us a powerhouse “Cabaret” which nearly raises the roof off the theater. This young lady needs a show of her own to star in.

I can never forget the frightening performance Chuck Cooper gave in the underrated musical “The Life” from quite a few years ago. Here he  adds charm and humour to his “If I Were a Rich Man” from “Fiddler” and gives a heartfelt rendition of ‘Ol’ Man River” from “Showboat.”

Emily Skinner (“Sideshow”)  does a perfect job of the wonderfully bitchy “The Ladies Who Lunch”  from “Company” and the always sublime Karen Ziemba makes for a delightful Mrs. Lovett in her number from “Sweeney Todd” and a touching Fraulein Schneider singing “So What?”  from “Cabaret.” 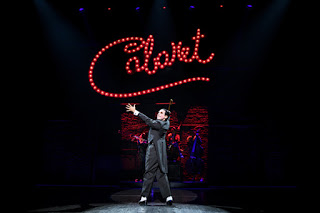 Brandon Uranowitz needs to be considered if there is a revival of “Kiss of the Spider Woman” just for his on spot rendition of “Dressing them Up” while Janet Dacal gives her all as the Spider Woman and provides the fun in “You’ve Got Possibilities” from “Superman.”

While Michael Xavier (“Sunset Blvd”) lends his remarkably powerful voice to “The Phantom of the Opera” and “Being Alive” from “Company” he tends to be bland as an actor. All the others are acting out their respective parts which is quite difficult trying to get into the mood of their respective characters from so many shows yet he stands out only as a singer.

Each of the performers come out various times holding Prince’s replicas of Prince’s ubiquitous eyeglasses and give some anecdotes about the shows. I just wished there was a bit more of this.

The show has a broad appeal for not only veteran theatergoers who can sit in the audience and mouth many of the songs,  but even those not all that acquainted with some of them. It is worth see how some exceptionally fine performers lend their own brand of talent to some of the most enduring musicals in Broadway history.

CORRECTION: In my Upcoming Fall/Winter Broadway Shows article which ran this week in North Jersey Media it should have stated that The Parisian Woman will be playing at the Hudson Theater. This will be so noted in next week’s papers.
Posted by TheaterTime at 5:15 PM No comments: